The breed was developed for the purpose of herding livestock, especially sheep. This dogs were particularly well-suited to the climate and topography of the highlands bordering Scotland, England and Wales. They were bred for performance rather than appearance – and especially for their stock sense and innate ability to work long hours on rugged terrain with little human guidance. In the nineteenth century we can find several publications in which dogs with the description “Collie” or “Colley” are mentioned. Illustrations dating from this time show a varying exterior. At the end of the nineteenth century, you can find a type of “Colley” that resembles the current Border Collie a lot. One theory attributes the origin of the name to the fact that “collie” is Gaelic for “useful,” which these dogs certainly are. The word Border can be attributed to James Reid – secretary of the International Sheepdog Society. In 1918 he describe the winner of the Supreme Championship as Border Collie. 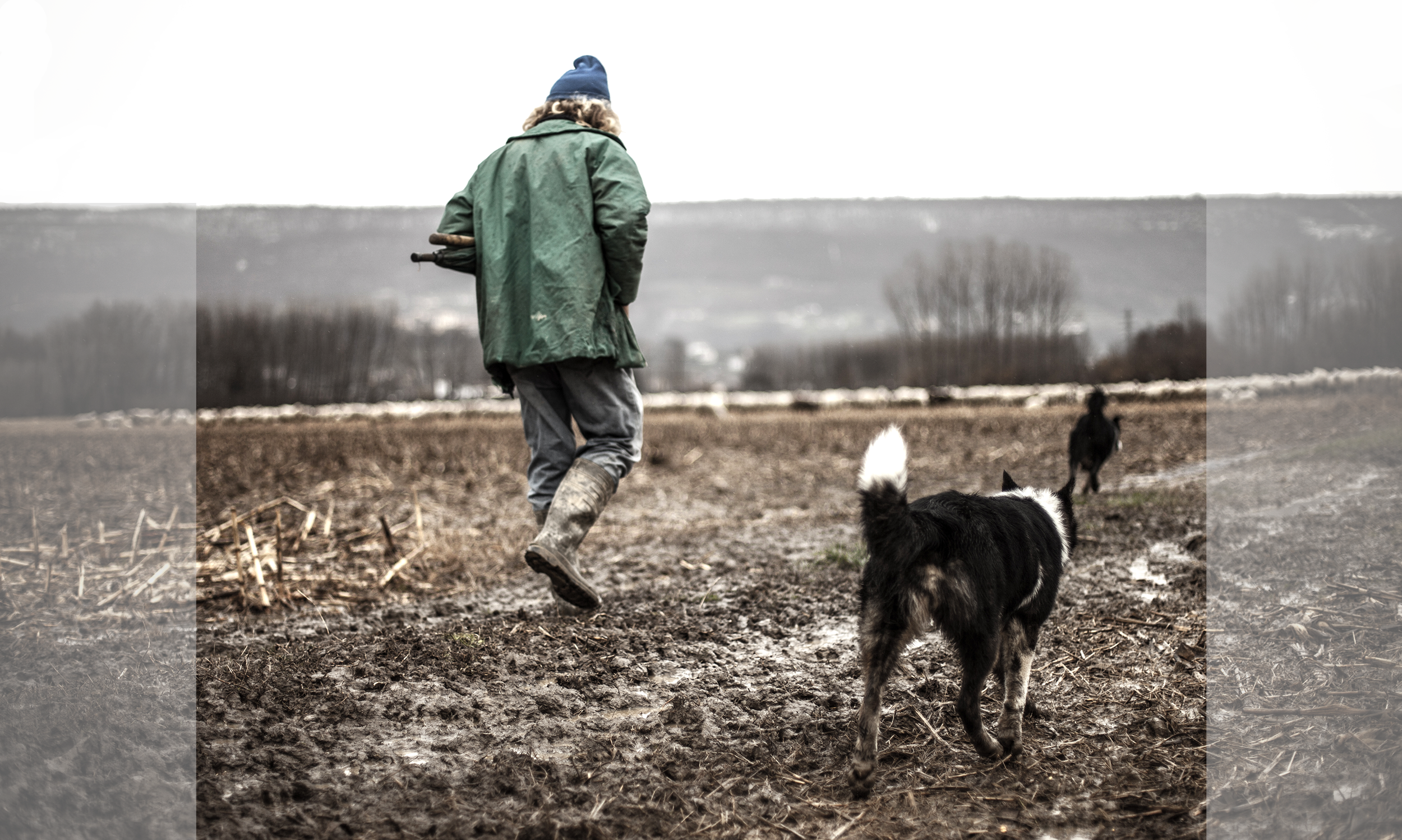 With the birth of the legendary Old Hemp in 1893. and Old Kep in 1901., the current Border Collie type has emerged.

This dog (born in 1893) served as the model for the Border Collie exterior. His big influence on the breed was caused by his sensational appearance at trials. Since he started trials at the age of one, he never lost one. During the eight years of his life, Old Hemp was a very popular stud dog, and most current Border Collies are somehow descendants of Old Hemp. He passed on his characteristics to his offspring very well. Many of them became successful trial dogs. 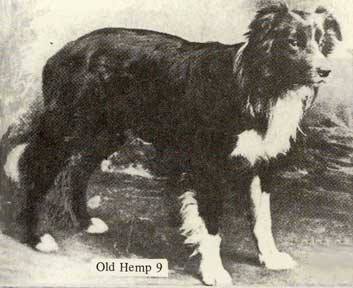 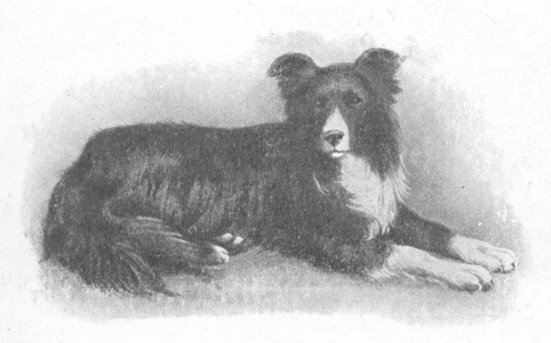 A three-colour dog was born in 1963 which would become the most often used dog in the history of the Border Collie. Until his death 1979., he fathered countless puppies. Since Winston Cap was such a valued stud dog, most current Border Collies are somehow his descendants. Because of this concentration of genes, many recessive characteristics came forward. Amongst them some sought after, like colour factors, but also unwanted, like bad character and diseases like epilepsy, CEA. Furthermore, Winston Cap contributed to the large number of Border Collies with prick ears. 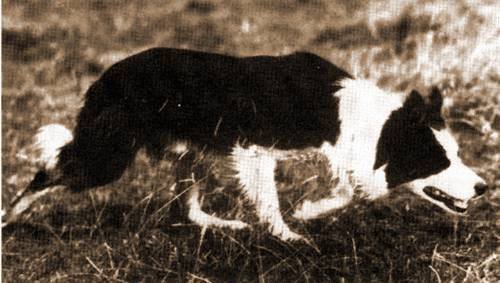 To A Champion Dead

The light is dimmed in your loyal eyes,
Your swift white feet in the grass are still;
No more, old champion, wary and wise,
Shall you gather your sheep upon Troneyhill!
No more shall you scatter the morning dew
As you make your cast with the rising sun;
But the shepherd world shall remember you
As long as a dog on the hill shall run!

For those who have seen you stoop and fly
Like an arrow loosed from an archer’s hand
Hold your sheep with that masterful eye,
Crouch and creep at the least command –
Those who have watcher you ‘drive’ and ‘pen’.
‘Shed’ and ‘wear’, on a stubborn three –
Have seen what never on earth again
The lover of dogs may be spared to see!

The short, sharp word of command shall pass
When the sheep in the showring turn and break
But no white breast shall gleam in the grass
As, alert, your answering turn you take.
Trophy and cup in the cottage stand,
Triumphs you won o’er the sheep-world’s best;
But what shall they solace that lonely hand,
Champion Kep, that your tongue caressed?

Over your grave when the hill winds blow,
Kep, old Kep, will you hear the cheers,
The ringing plaudits you learned to know
In those glorious full-lived champion years?
Over your grave as the night-dews fall
Will they bring you a memory kind and true
Of the master who loved you better than all
And faced the world with his pride of you?